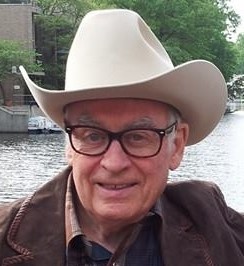 Larry Gaughan has been Professional Director of Family Mediation of Greater Washington since 1980.  He has a J.D. from the University of Montana (1957) and an LL.M. from the University of Virginia (1964).  Larry has practiced family law and family mediation in Northern Virginia since 1979.  He has also been a full-time law professor at the Virginia, Washington & Lee and George Mason law schools.  In 1979-80 Larry took a sabbatical from W&L to study family systems with Murray Bowen, M.D. and his staff in the Department of Psychiatry at Georgetown University.  He has been a member of the Virginia State Bar since 1967.  From 1975-1999 he gave the lecture on Family Law at the Virginia State Bar Annual Conference.

As an attorney, Larry has the highest rating for both legal ability and ethical standards (“AV® Preeminent™”) from Martindale-Hubbell.  He also is rated 10 (out of 10) by Avvo (“superb”).  Larry is a member of the Professional Mediation Board of Standards, a 501(c)(3) board formed to frame and implement standards for professional family mediators.  Since 2009 Larry has been certified for collaborative practice by the International Academy of Collaborative Professionals.  In November 2016 Larry created a public interest website to promote professional exchanges about divorce agreements, http://wwwCreativeDivorce.net.  This website showcases many of his writings on the divorce process.  In September 2017 Larry received the Distinguished Mediator of the Year award from the Virginia Mediation Network at its annual conference in Richmond.